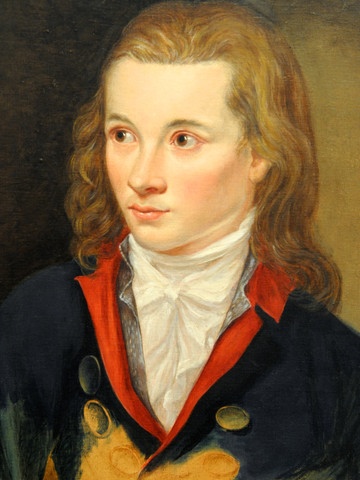 For the philosophers among you I found this beautiful quote on the internet:

To romanticize the world is to make us aware of the magic, mystery and wonder of the world; it is to educate the senses to see the ordinary as extraordinary, the familiar as strange, the mundane as sacred, the finite as infinite.

This beautiful young man took the pen name Novalis, but his real name was Georg Philipp Friedrich Freiherr von Hardenberg (2nd May 1772 – 25th March 1801). Like many philosophers and poets of that era, he died very young of tuberculosis. He also had long natural hair which you can see in the photo.

The symbolism is there, long hair being a sign of "nobility of spirit" as many philosophers in the tradition of German Idealism and Romanticism expressed. I am presently reading an English translation of some of his work, which is beautiful.