An Update of Sorts [PIC] 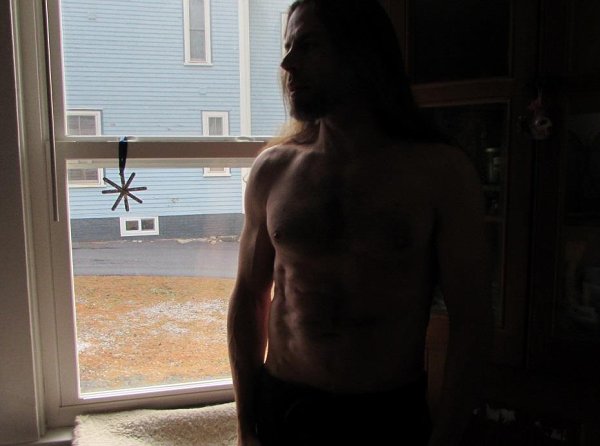 I apologize for my lack of participation lately. I have to say that I've been enthused to see the recent burst of activity both from new members and also old-timers! It inspired me to make a little update of my own.

I gave up (again!) on my quest for terminal length. I've been having my wife trim a few inches off every six months or so. It's been a few months from the last one and I've been noticing my hair definitely feeling longer again. If I had coarse hair, I'd without question follow through but my fine hair is frustrating to deal with. I just enjoy being a longhair regardless and having fresh ends has its benefits as well. Who knows? I might try again at some point.

I don't really have any "progress" photos so I'll just post a kind of "artsy" one I took not too long ago and a family picture. We continue to give our son free rein over his hair length. He's been adamant that he wants to keep it long. My wife gave him a trim shortly after the family photo was taken and it was cut a bit shorter than he actually wanted but it's still pretty long. It'll be back to the length in the photo pretty soon.