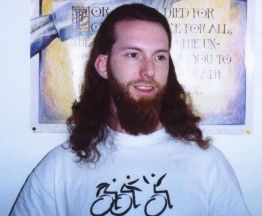 : : : I'm glad that you have found a product which will cleanse your scalp and promote greater thickness for your hair. Keep us up to date with pics as to how it is working for you.
: : : Perhaps you can help me. I have been growing my hair for almost eight (8) years. My hair is barely shoulder length. It used to be nipple length. I have fine hair with a little wave to it. I think that the ends break off. What can I do to encourage further growth?

: : Well, I've been told by my sister in law hair stylist who isn't telling me this to pad her pocket that hair that isn't getting any longer over the years but actually getting shorter is due to damaged hair that is splitting at a rate that's quicker than your growth rate which is typically 1/2" a month. So, that damage needs to be dealt with. I tried repairing the damage and putting down the hair dryer but didn't see my hair get longer over 8 months, so I decided to do the rash thing and cut my hair short. My sister in law couldn't believe I did that but that's the way I am but I first had to see it to believe it.

: : I first watched a bunch of videos on YouTube where people with long hair were identifying their split ends (I saw 3 methods-1 was twisting hairs and the other 2 had to do with combing till you hit a snag at the end) and cutting right above those splits. Typically they're on the ends so you wouldn't cut much more than a 1/4" but mine had traveled at least six inches up my head or it was layered. It was a mess and I couldn't cut that close to the back of my head without a buzzer...so I decided to just start over. I think if you’re hair isn’t layered then it’s easier to care for your hair yourself just by cutting the last 1/4" but mine may have been layered and the splits were all over the place and my eyes aren’t keen enough anymore to just cut the splits if they’re not in the same spot. Plus my hair isn’t as thick as the video I attached.

: : My sister in law's advice now for me is to get regular trims every 6-8 weeks to prevent new split hairs from spreading. I'm not sure about the frequency of those trims-I think if you're doing everything to prevent splits in the first place than you can double or triple those routine trims to 4-6 months.

: : So, Raymond start out by just seeing if you have damaged hair. If you do then what you do next is up to you. If it's not that much than you can just trim them yourself with a pair of hair scissors that have never cut paper. If it's real bad then I have seen plenty of products claiming to repair damaged hair.

: : One of the videos I watched is attached.

: Raymond, back in May I started wondering if my hair was still growing because if it wasn't than I wouldn't have buzzed my head a couple weeks ago. What I did was shave a test area (above my ears) to find out because the area above my ears seemingly stayed short at 2". After shaving I kept it moisturized with oils and watched it grow over months and it got over the initial 2" at 2/3" a month. A couple weeks ago I figure I'd be back to shoulder length hair in 13 months if my entire head grew hair that way. I attached my 13 month picture from 2002.

: So, maybe you should first find out your growth rate.