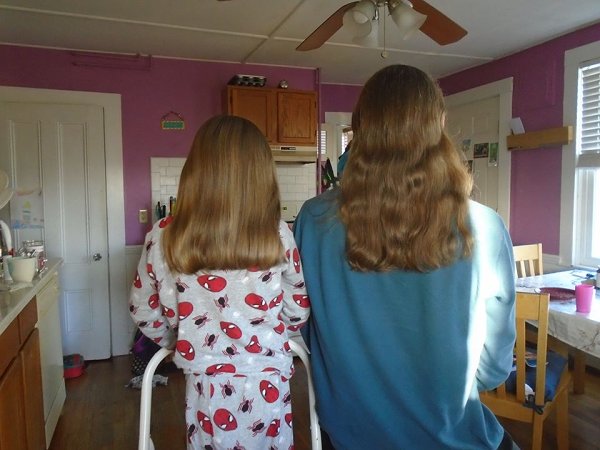 Time flies. My son will be eight soon and appears to be a born longhair as he’s been always offered the choice of hair length and has never wavered in wanting it long. He agreed to a small trim on New Year’s Day as my wife was giving me a trim anyway. I could see him experimenting when he’s a teenager with shorter styles but he’s given no indication of wanting to cut it short. He views it as part of his identity.

I’ve been having my hair trimmed once or twice per year. It has been gradually lengthening again since it was cut to shoulder length in July 2018. I might go for mid-back again. I doubt I’d ever try for terminal again given my hair’s fine texture. I’m very satisfied in just maintaining and enjoying being a longhair. My cycling has been cut back a lot over the last year and it’s been replaced with running. Running is no doubt a bit easier on one’s hair as there is no helmet and less wind damage.