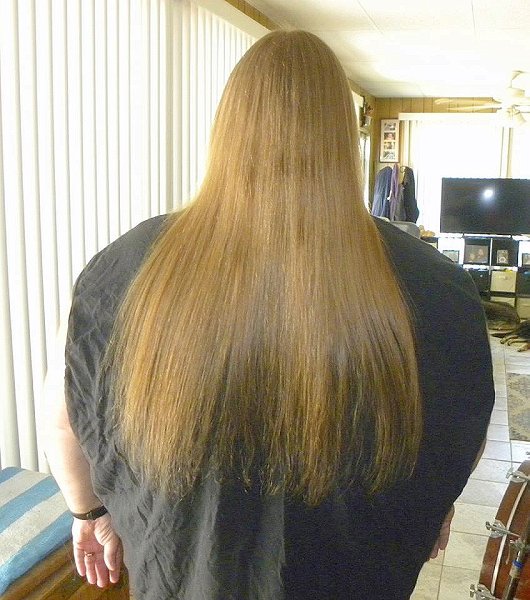 Im 54 & I cant remember anyone saying I looked like a girl or your hair makes you look gay. As a matter of fact in my younger days I worked at a furniture store where both Managers & most of the employees were gay. They all had short hair & hated my long hair. Im a drummer and have always been in a band so they understood why I preferred long hair. So I dont really associate having long hair with gay men unless they are drag queens & even then most wear wigs so it doesnt apply. Now from behind sitting at restaurants I have been mistaken for a female waitresses & a few times at the furniture store behind the counter with my back to a customer until they they see from the front. In my opinion having friends both straight(like me) & gay the long hair had nothing to do with sexuality & more with preference. Now my parents who have both passed hated long hair & did associate long haired men as being gay but they grew up in the 20's & 30's. One reason I still have long hair now is less about the band & more about me growing up and not being allowed to grow my hair past my ears until 11th grade. Guess Im just a rebel,lol.