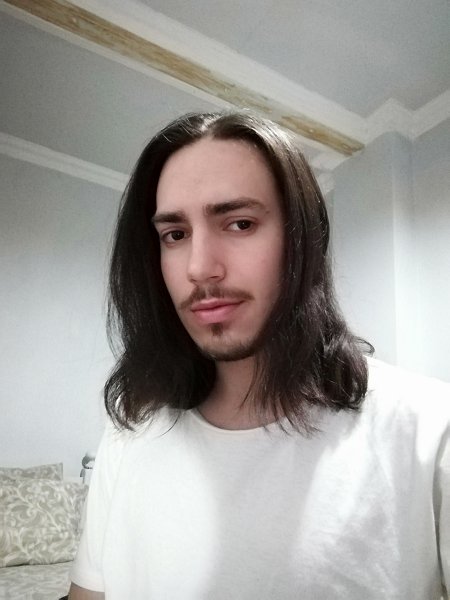 Don't mind the dots on the E. It's an Afrikaans thing. Just "Daniel" is close enough.

I've actually been following this board since 2014 (my last year of school) but only now summed up the courage to post.

Since I could remember, I've wanted to let my hair grow out but I didn't really speak my mind as a child and South African public schools don't allow boys' hair to touch their ears, brows or collars anyway.

After I wrote my last matric paper (matric is what we call the final [12th] year of school) I wouldn't let anybody cut my hair again.

For the three years I was in college i decided to go No-poo.
As my hair got longer i noticed that my hair was getting ratty at the ends and breaking off a lot. So after almost two years, I went back to somewhat more conventional haircare regimes however it was extremely frizzy and fragile. I kept it neat with oils and fancy hair braiding however it was never the silky tresses i was used to seeing on my sister's shoulders.

So... well, i kind of lost the handle on my emotions in my third year of college, my grades fell drastically and my sponsors retracted. While very depressed and hopeless i cut my hair of bluntly right below my ears.

Since then I got a job, moved out, came out, and started growing my hair out again.

I admire this board not only for it's acceptance of men with a preference for long hair but for its acceptance of various religions and sexual orientations and genders and nationalities and personalities as well. For its emotional support and its sincerity. I've seen members of this board cut off hair which they had been maintaining for years and then growing it out even better than the first time around.

I woul like to become a better person an to associate with better people - people like you guys.

So... yeah. My name is Daniël but you can call me Daniel. I hope you're all having a wonderful day :-)