Deciding on a Length [PIC] 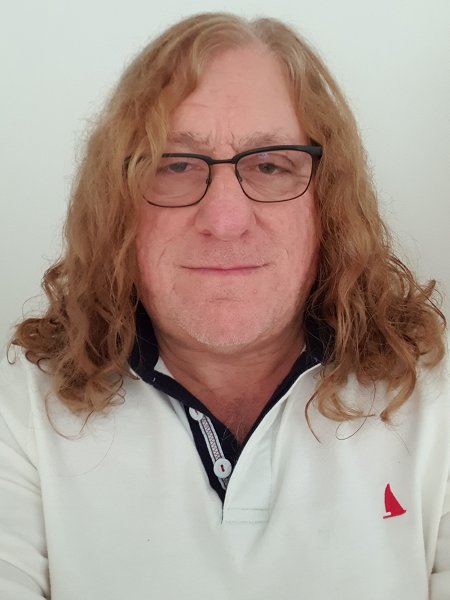 The board's been too quiet lately, so I thought I'd post something provocative that might liven things up - maybe bring some out of 'hiding.' Most of you, my brother longhairs, focus on achieving 'terminal length,' which as we all know is different for each individual, as each person's hair has a unique lifespan which is determined by genetics; ie, the longer the hair lives, the longer it will grow. So, many of us, when we decide to release our inner longhair, decide to let our hair grow untrimmed, to see what length we can ultimately muster.

This is not to criticize that approach, only to articulate an alternative one.

Some background. Up until age 20, when I first enlisted in the US Navy, and during five years between my service in the USN and the USAF - when I was a student in seminary - I wore my hair Long or, at least it can be said,"Long-ish." (In truth, I'm not sure when a man's hair becomes long enough to be called, "Long"; perhaps that's another topic to discuss as winter sets in, in the northern hemisphere!)

I guess you can say I started growing my hair long, most recently, from the day that I got my final haircut before retiring from the US Air Force. I left short hair-dom behind when no longer worried about AFI 36-2903. That was a a bit over a decade ago, when I was 51 years old. But I didn't swear off haircuts completely at that moment. I was working in the civilian world, in a high-visibility job where appearance mattered - I was working as a congregational rabbi - but grooming standards were by no means as rigid as they'd been in the military. As the months went by, I went for haircuts on a regular basis - though most assuredly not as often as I had on active duty - and each time I had a little less cut off. Over the next few years, my hair grew gradually, yet inexorably, longer. That's why I, unlike many of you on here, cannot say, eg: "this is five years' growth."

In the past four years or so, since I swore off the salary world and began working first somewhat free-lance and then retired altogether, I've always worn my hair at least shoulder-length, sometimes a few inches longer. It has varied up and down as I've tried to determine the best length for me.

I haven't felt it necessary to swear off haircuts. In truth, I now enjoy going to the salon, being pampered with coloring and washing and deep conditioning and finally, a cut of my choice. The last time I went a few weeks ago, it was to a salon in Gosport, UK, where I spent a good half day being primped and pampered, including a lovely head and shoulders massage. Since going to the hairdressers has changed from the military barber shop where one hears the dreaded call of "Next!" and then offers one's head as a sacrifice to the god Mars - I'm just kidding about the pagan reference! - and turned into a leisurely half-day that begins with an extended consultation as to just what kind of look I want to achieve and how we're going to achieve it, I very much enjoy going. And my hair, rather than making me look like a bloke who hasn't bothered to have a haircut in a while, makes me look (in my humble opinion) like a bloke who decides for himself, how to wear his hair.

I took the attached photo this morning, about three weeks since my last salon visit. I'm very happy with the look. Keeping my hair at about shoulder length allows it to retain its natural curliness, which I like; when I let it grow longer, it gets weighed down and the curl is limited to closer to the ends. Another goal that this length helps achieve is to make it easier for me to wear my hair unbound more often; when it's longer, I tend to tie it back in a ponytail more often, just to keep it out of the way. Nothing wrong with ponytails, just if I'm going to the trouble of wearing my hair long, I want to enjoy wearing it loose, which makes me feel so free. I still tie it back at various times, such as when sailing or bicycling, or when I'm out and about with my wife who doesn't like it loose. At shoulder length like this, I can wear my hair loose most of the time, yet it's long enough to quickly tie back.

The one thing I haven't decided on with finality, is where I want to part my hair. For some time, I parted it down the center. As you can see, nowadays I've got the part a bit off-center to the left. I don't have a lot of other options; my hairline recedes enough at the temples, that I don't like the way it looks if I part it farther from the center. I will keep playing with this aspect.

Anyway, that's my story for today! I hope all of you are well and enjoying your respective Longhair journeys as much as I'm enjoying mine! All the best...