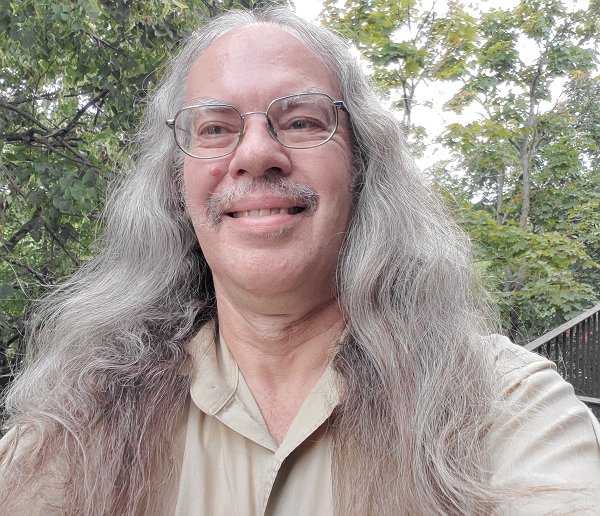 In 1979, long hair was considered out of fashion, as mid ear was the maximum length in TV land, however older college students may still hold on to early to mid seventies styles.

I had my first job in 1981, despite the fact that my job councelor in college wanted me to cut my hair to better my chances. I was in and out of unemployment during my more unstable period of the seventies, where I traveled and attended Rainbow Gatherings, in that time when I was "find myself".

The nineties, came a period of more selflessness as I got more involved in the cause of adults on the autism spectrum. I volunteered some weekends at a camp for people on the spectrum, as I worked on week days.

In the 2000's I continued giving time to the cause, giving talks, and participitating in a fundraiser called Swim for Hope, in New York City.

In the times I was involved, I never cut my hair because "I was doing something" with my life. I always refused to cave in to social pressures. The only change in my hair is the greying, and some thinning due to age.

These days, I had to done down my social implications, as with age, I tire easily, and need my energy to keep working at my job, and I hope, when I retire soon, I will start again.